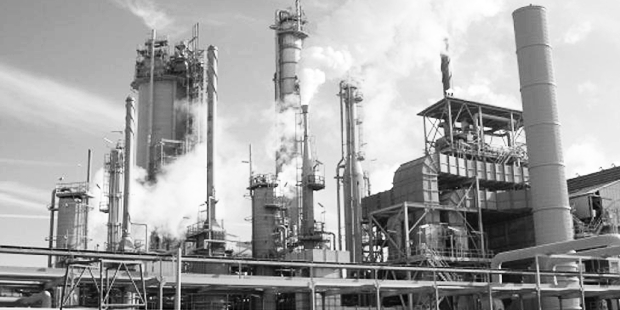 1st Global Company for Chemical Fertilizers Production is specialized in producing Ammonia & Urea. The company is concerned with the process of preparing equipments, raising the productivity power for its fertilizer plant in Baiji, enhancing and improving its productivity throughout contracting with the biggest international consultancy companies. The top management & board of directors have a wide experience in the field of managing investment projects as well speciality experience in the industry in general.

Bringing back Iraq to the original high agricultural advanced levels is a national duty.1st Global for Chemical Fertilizers Production bears this in mind after getting the investment contract for the Northern Fertilizer Plant in Baiji – Iraq from the Ministry of Industry and Minerals. To reach its objectives by progressing the productivity of chemical fertilizers to the finest quality and promoting the country to the international advanced agricultural interface is one of the prior goals our the company.

Thus, this company contributes strengthening and helping the national income and lowering the reliance on the Petroleum sector by raising the national income and competing the import to the country of the imported agricultural goods. Progressing and improving the project throughout contracting with the finest international industrializing companies for the chemical fertilizers plants and equipment’s and the different establishments was the main axis for promoting the two processes of preparing and improving the Northern Fertilizer Plant.

With a licensed technology of Stamicarbon the Urea plant was established to produce 1750 Metric tons of grained Urea every day, depending on the full cycle and removing Carbon Dioxide with vaporization and granulation. The design included the treatment of liquid Urea and filtering it to reduce the impurity such as oils and the ratio of iron to align with the international standards of Urea.

Ammonia is being produced by using natural gas or Naphtha as a feed-stock in order to produce Hydrogen and the way of producing this gas from the abovementioned organics is called Steam Reforming , after that Hydrogen reacts with Nitrogen to produce Ammonia with the international production standards of 99,8% Ammonia, 0,2% moisture and 3 ppm oil.

The fertilizer plant of the 1st Global Company for industrializing chemical fertilizers is located in Salah Addein governance in Iraq, 20 Kilometers North of Baiji town.

The plant was established between 1983 and 1988 throughout licensing companies which are the American Kellogg and the Dutch Stamicarbon executed by the contracting company Hitachi Zozen Corp.